How to Know if a Beer is American Made 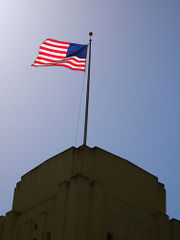 Beer has been an important beverage in the United States of America since the days of the Founding Fathers. Even through the prohibition period in America, beer and alcohol alike were both heavily desired. Like any popular nationally-produced product with a rich history, beer can be a source of patriotism and national pride. However, the American brewing industry has changed drastically over time. Well over four thousand breweries existed in the US in 1873. Two years after Prohibition was repealed, only 750 breweries operated in the US. During the early 1980’s, there were only eighty breweries in the US, and the top six US “macro” breweries controlled over ninety percent of US beer production. All-American lagers, some made with rice and corn, were primarily produced during this time by the largest breweries. But the American craft brewing industry was beginning to produce flavorful and unique craft ales and lagers.

In 2007, there were 1,463 operating breweries, most of them small craft breweries. But while there is a great variety of beer available today, there is an increasing trend for breweries to be purchased by other breweries. Many of these breweries are not American, and beer that was once entirely American is now produced by foreign-owned companies. American breweries may also produce beer that appears to be foreign. There are different factors that may lead one to judge a beer as truly American, so follow the steps below to choose a real American beer.

THis article borrowed from: Wiki How: http://www.wikihow.com/Know-if-a-Beer-is-American-Made